Fat grafting is one of the great innovations in plastic surgery of the past decade as a stand alone procedure or as a complement to many other plastic surgery procedures. As a natural graft material with usually good availability, it is an unrivaled aesthetic and reconstructive soft tissue reconstruction method. But despite its many attributes, fat grafting is not a completely reliable soft tissue creation method. Much investigation and study has gone into fat harvest and graft preparation and injection, but no universal method has been discovered that can consistently produce a consistently reliable graft take.

One fat graft preparation method that has been looked at over the years is the addition of a ‘priming’ or stimulating agent. The objective is to either improve how many of the intact transplanted fat cells will survive or increase conversion of the coincidental stem cells that are known to exist in fat to become new lipid-laden fat cells. Done years ago by mixing in insulin, today’s potential fat graft stimulator is platelet-rich plasma (PRP). High concentrations of platelets would theoretically have a favorable effect on both adipocytes and stem cells. 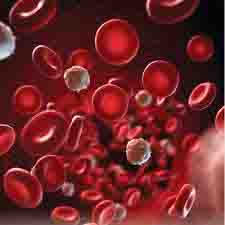 PRP is a natural blood extract product that is rich in growth factors that have well-documented effectiveness in wound healing. Through such growth factors as PDGF, TGF beta and VEGF, improved blood vessel ingrowth and deposition of extracellular matrix has been shown in many animal studies.

Animal studies have also shown that PRP can improve fat graft take and reduce the formation of oil cysts most likely due to its revascularization effects. But despite the theory and animal research the use of PRP in fat grafting remains speculative with few clinical studies that have even investigated its potential effects.

Like any drug, the effects of PRP on fat would be expected to be dose dependent. Given that the average PRP volume extracted from a 20 to 60cc blood draw would be just a few ccs, its addition for example to a BBL (Brazilian Butt Lift) would be expected to have no effect on fat graft survival. In facial fat grafting, however, where graft volumes could be expected to be between one and 50ccs, a few ccs of PRP would be more likely to be effective. Thus it likely all comes down to an expected concentration effect.

No one yet knows what the ratio of PRP to fat graft volume should be or would be expected to work. I currently operate on the theory that PRP should be used when the fat graft to PRP ratio is at least 10:1 or a 10% PRP composition volumetric ratio. Studies have shown that PRP may have its strongest effect on the differentiation of adipocyte-derived stem cells into fat cells. This may make the greatest contribution to final graft volume persistence. While vascular budding or endothelial sprouting may have a more minor effect.

The use of PRP in fat grafting (lipofilling) remains more theoretical than proven science. But the lack of any side effects with PRP allows for the its liberal clinical use and investigation. 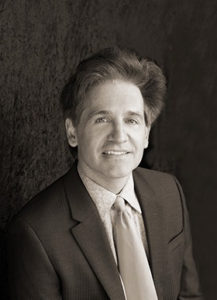 Barry L. Eppley, MD, DMD, is a premier Indianapolis plastic surgeon and Professor of Plastic Surgery. Dr. Eppley has an extensive educational and training background and years of experience helping his patients with their cosmetic surgery needs. He has earned a reputation as one of the world’s most innovative plastic surgeons, drawing patients from all corners of the globe seeking new and unique surgical solutions to their concerns.
Share the knowledge

Why Do My Joints Hurt When I Move?