About 5.3 million Americans are living with disabilities from brain trauma. While the medical community has largely focused on the more severe cases of traumatic brain injury (TBI), 85 percent of these patients are actually struggling with mild TBI (mTBI).

Patients with mTBI are regularly overlooked medically and may be expected to return to their workplace, school, active duty, or sports after a short period of rest that is often less than one month. Ms. Grace Pan (name changed for anonymity), a 28-year-old woman from Colorado, sustained an mTBI after fainting and hitting her head on a toilet while on a foreign trip in December 2016.

Like many mTBI patients, Ms. Pan was experiencing post-concussive symptoms, including headache pain and memory loss. She was having difficulty making decisions, communicating, sleeping, and handling day-to-day stress.

Instead of relying strictly on traditional treatment, which often involves pharmaceutical drugs and accepting certain debilitations as permanent, Ms. Pan opted for a multimodal application of regenerative therapies at TBI Therapy, our Colorado TBI clinic.

Having already begun HBOT for TBI at home, Ms. Pan started receiving these treatments collectively with two appointments at TBI Therapy in February 2017. Four months later, she returned to our clinic for additional intranasal infusions of pluripotent stem cells and PRP after reporting significant progress in her recovery.

Marked Improvements in Function and Comfort

About six months out from her accident, Ms. Pan described 40 percent improvements in her focus and ability to handle stress, as well as 50 percent boosts in her mood and ability to sleep. Her sensitivity to light and sound decreased by 75 percent, and her neck pain subsided by 50 to 60 percent.

She explained, “I went from not being able to leave the house or work to being able to go outside, on walks, and work part time from home.”

Ms. Pan’s mTBI case, like many other mTBI cases, is one that would have very likely been glossed over by the mainstream medical community. Her MRI and CT scans, had they been performed, would have produced no findings, and she would have been told she was able to return to work as normal.

The Potential of Full Recovery

Instead of merely learning to live with her post-concussive symptoms, Ms. Pan now has the potential for a full mTBI recovery with a minimally invasive, cost-effective multimodal regenerative treatment protocol.

While it may take a year or more for her to return to optimal brain health, Ms. Pan is on a progressive trajectory of improved brain functioning that is not commonly seen among traditionally treated mTBI patients. 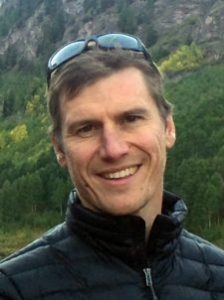 Practitioner and Owner at TBI Therapy

What Is a Sinus Lift and Why Would I Need One?

How Can PRP Help With Hair Regrowth?

5 Risk Factors That Can Lead to a Herniated Disc