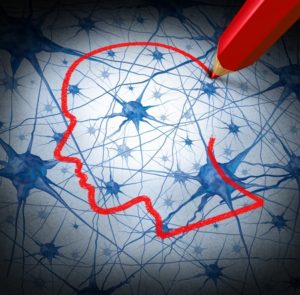 In the developing brain, the subplate is a region of neurons that sits below the cortical plate, a precursor to the cortex. However, in the adult brain it seems to be absent and for decades has been thought to simply disappear. Previous studies had outlined a connection between subplate neurons and certain brain disorders, including autism. Now, studies of neuronal subpopulations have revealed groups of cells with genetic similarities to cells in the early developmental subplate, suggesting that these cells may not disappear after all. In a new paper, researchers demonstrate that subplate neurons survive, becoming  part of the adult cerebral cortex, a brain area involved in complex cognitive functions. This new discovery has major implications for treating cognitive disorders and opens up new possibilities for stem cell therapy techniques.

During certain stages of development, it’s the largest layer of the brain, which made its ultimate disappearance in the adult brain all the more confounding. However, this latest study hypothesized that the neurons in the subplate, rather than disappearing, simply migrated to a different level of the later cerebral cortex, incorporating themselves into the cortex. This has importance because they represent a new population of adult neural stem cells. Previous studies on brain stem cells have suggested that populations of neural stem cells exist as simple neuronal progenitors, but in some cases can be activated in response to injury, either artificially or naturally.

One of the most persuasive findings of this study is a movie, captured over 17 hours, which shows subplate neurons migrating away from their original position, suggesting that these cells don’t die, but rather relocate themselves. Furthermore, in samples of brain tissue from various developmental stages, they detected the presence of PRDM8, a protein expressed in migrating neurons that helps cells move into the cortical plate. They also detected PRDM8 in subplate-like neurons that they differentiated from stem cells. Further experiments showed that these laboratory-grown subplate neurons were likewise capable of migration.

Studies surrounding the role of the subplate tend toward the development of functional and diverse cells. This study demonstrated that subplate neurons mature into various types of deep projection neurons, which are found in the deepest layers of the cortex.

These findings have significant implications for understanding brain disorders

This study has given way to new insights into how some of these cognitive disorders may arise. Namely they have identified how WNT signaling regulates neural stem cell fate in the cerebral cortex. The researchers manipulated the levels of WNT signaling, a pathway known to guide many developmental processes, and found that the level of WNT signaling determined the fate of subplate neurons. They found that low-level expression of WNT gave rise to projection neurons that extend within the cortex, while high level expression yielded neurons that project to other brain areas, according to the study. This is significant because projection neuron abnormalities have been linked to several neurodevelopmental conditions, including autism, Alzheimer’s, Lou Gehrig’s, and Huntington’s disease, and the new research suggests that these abnormalities manifest very early in development. Therefore, if subplate neurons don’t die but instead become part of the cortex, they will carry those mutations with them.

In addition to shedding light on the early stages of brain disorders, the research presents new hope for preventing or treating such disorders through stem-cell therapy. Many neurodegenerative diseases all kill off specific types of deep-projection neurons. Researchers hope that these findings will make it possible to treat neurodegenerative disease using techniques like cell replacement therapy to generate rare neuronal subtypes from subplate-like stem cells.

Major hope for the future

Mira Swave, M.D. is a specialist in the field of Regenerative Medicine.
Share the knowledge

Can You Avoid Surgery With Regenerative Medicine?

180 Life Sciences Corp. Enters into a License Agreement with University of Oxford for Regenerative Molecule HMGB1 for Liver Diseases